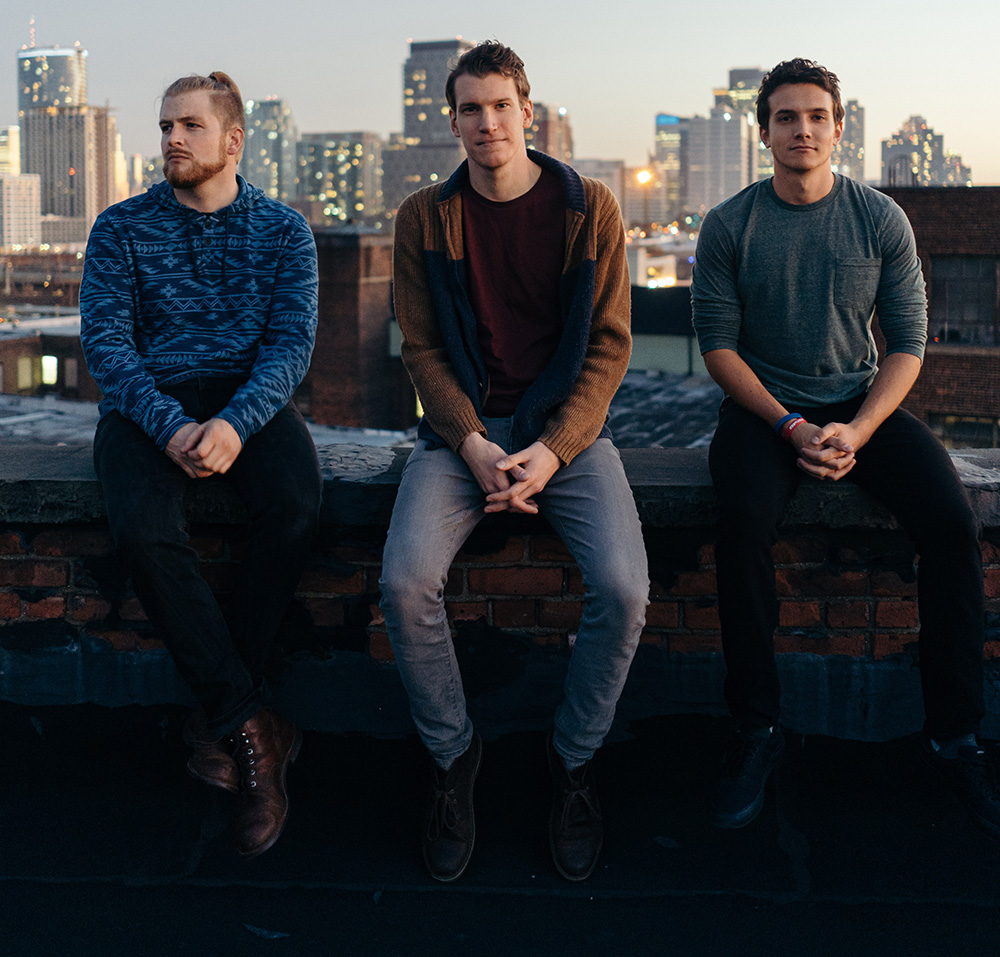 Gathered around the kitchen table of a slate-shingled home in the autumnal forests of Mount Desert Island, Maine sat Brian Curry, Jeff Petescia, Steve Shimchick and their host, Cherie, as they shared chicken stew, port wine and stories. The band was in town on a residency, deep in the writing process of what would become their third album, Find Light.

On the topic of seizing the opportunities presented in one’s life, Cherie said effortlessly, “If I have the time, I must take the time.” When faced with a chance to pursue a passion, we have a responsibility to ourselves to explore it. While the line became a lyric, the lesson defines the path Cold Weather Company has taken since its start.

Forming in 2013, after a serendipitous meeting on a park bench at Passion Puddle on the Cook Campus of Rutgers University in New Brunswick, New Jersey, the band has always been a shared commitment to the common passions of its three core members. A synthesis of songwriters, Jeff, Steve, and Brian each bring their own inspirations and styles to the project.

Their first two albums, Somewhere New and A Folded Letter, were self-produced in the basements, bedrooms, and rented cabins of the trio, who met up to write and record whenever there was time to spare. Both albums were supported by self-organized tours covering seventeen states. Traveling by micro-bus and Crosstrek—through tornado warnings and snowstorms—the band played small towns and major cities alike, forging lasting bonds and finding inspiration on the road.

Across their first 26 songs, Cold Weather Company explored its sonic potential, building a compositional foundation that would shape the themes and tones of the music to follow. The band’s third album, Find Light, was the first to be recorded in a dedicated studio, allowing each song to come to full instrumental fruition. Following Find Light’s sixteen tracks, and in the middle of recording demos for their upcoming fourth album, the band released an original holiday song, joined in the final chorus by a choir of friends, near and far.

All this because of a random meeting on a bench, and the seizing of an opportunity. The moment arose, and a chance was taken.

As of October 2021, Cold Weather Company has released their fourth full-length LP, “Coalescence.” With plenty more to come, there’s so much to look forward to.